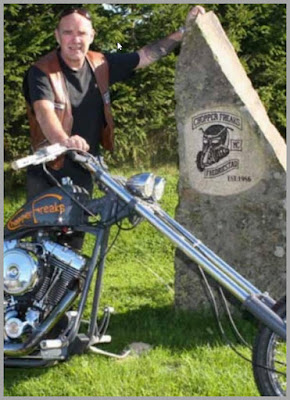 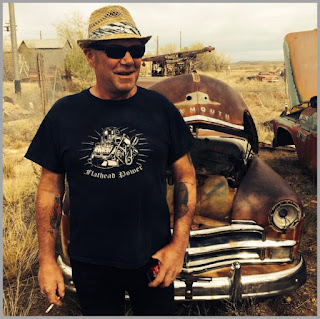 Our beloved member of Chopper Freaks MC, Bjørn Willy Buer lost his fight against aggressive cancer 08/05/2021. Our thoughts go out to his closest family. Never forgotten. R.I.P. 1961-2021
Posted by Rider 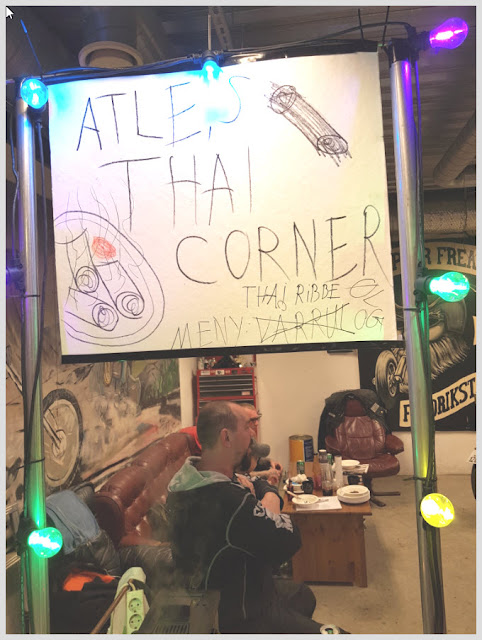 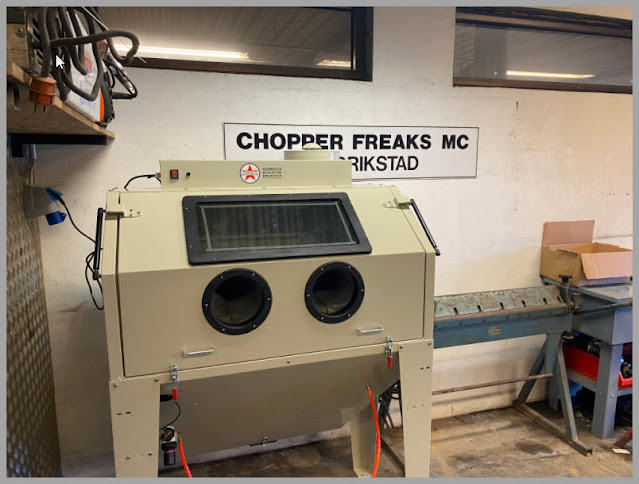 New sandblasting cabinet in the club workshop!
Posted by Rider 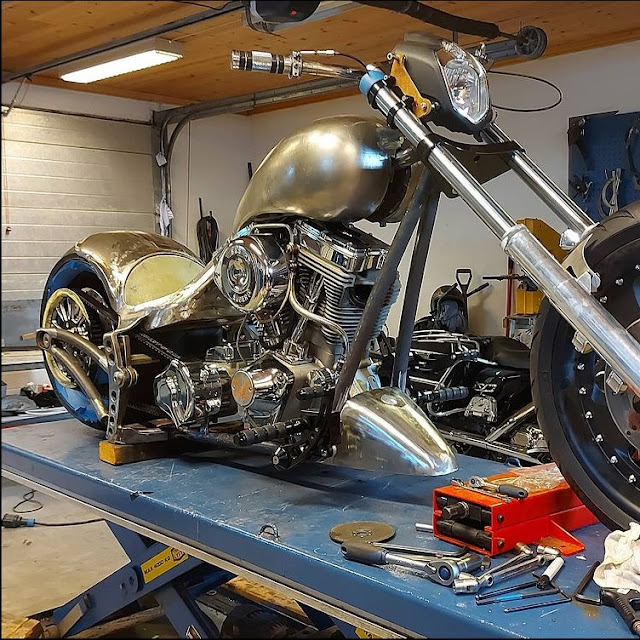 Our man Scooter's chopper is coming along well at his home workshop. He is saying his next project will be the exhaust system, also to be home built. Will try and keep this blog posted, as long as he sends in pics 😉
Posted by Rider 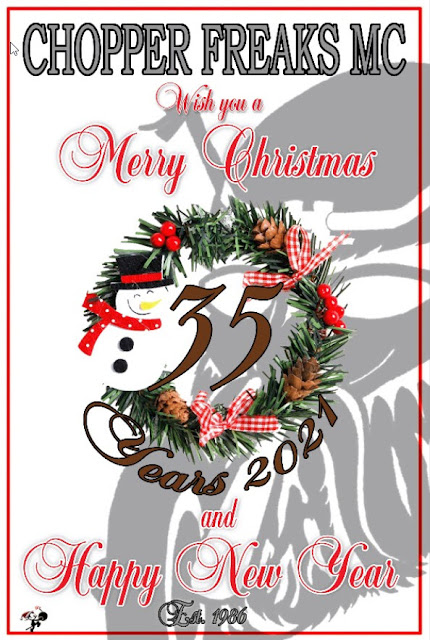 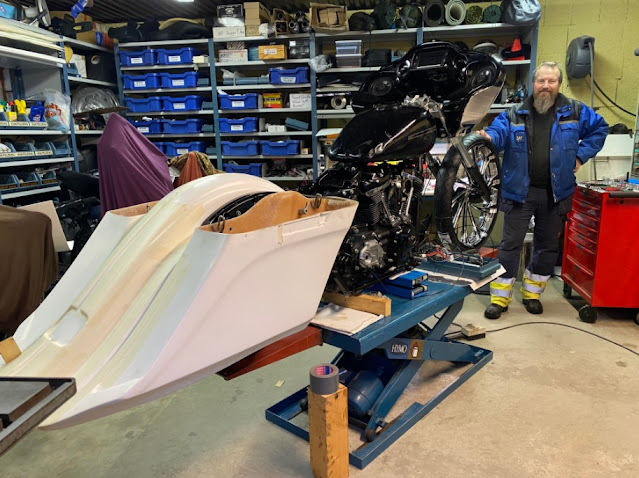 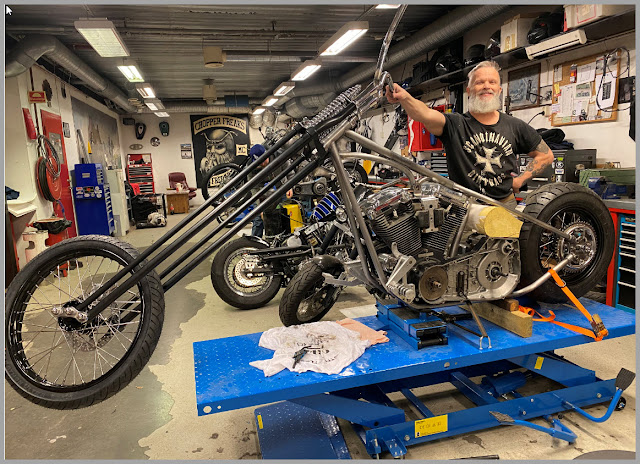 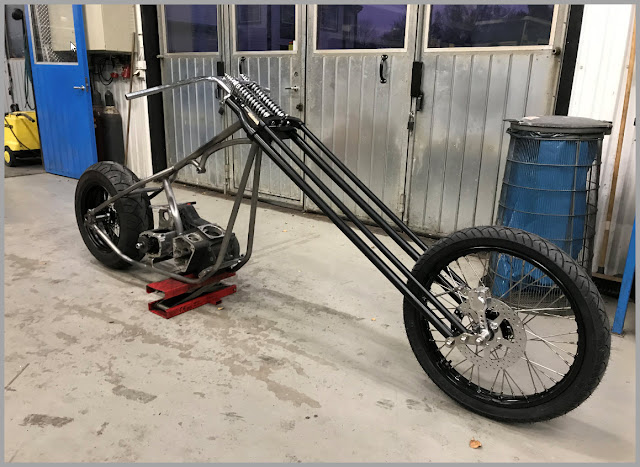 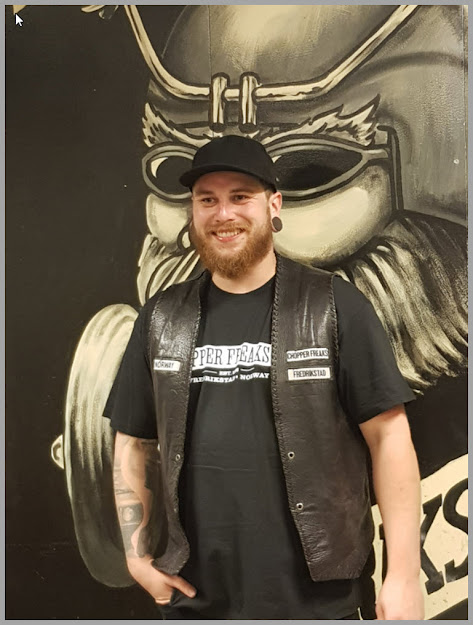 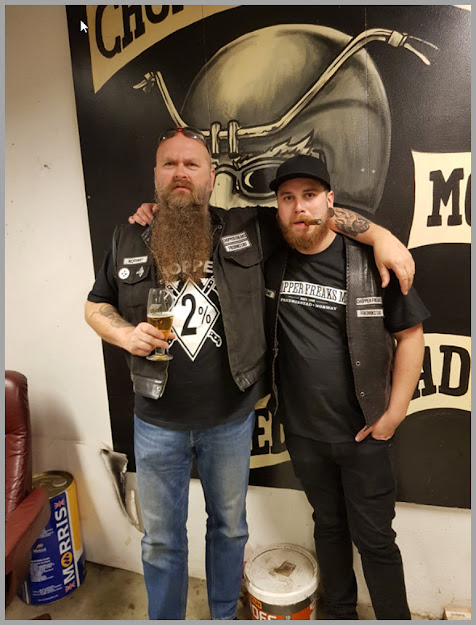 Martin with his mentor, Rune 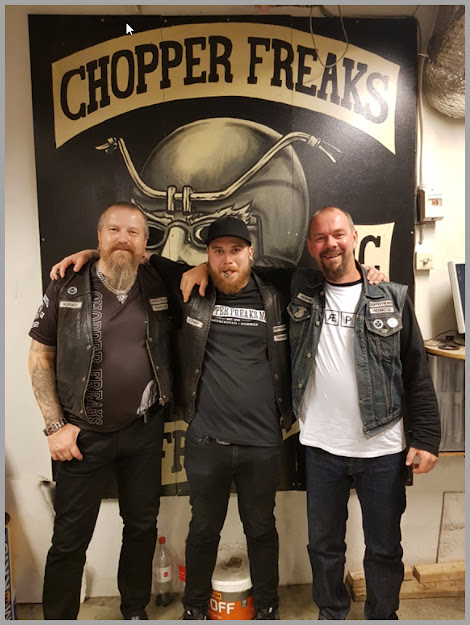 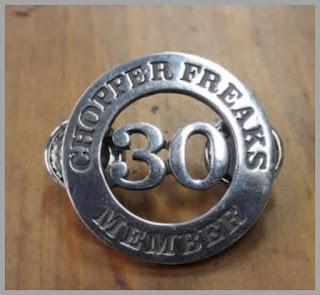 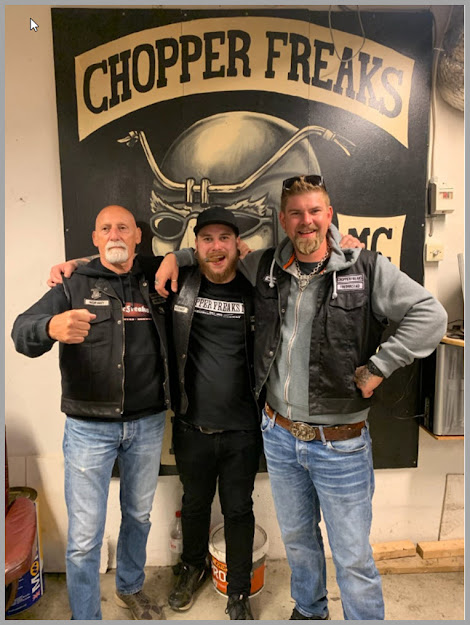 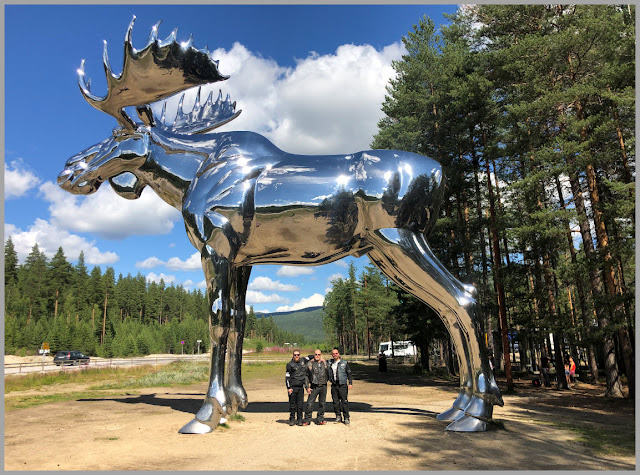 The 3 amigos Atle, Glenn and Martin on a road trip from Fredrikstad to Trondheim to party at Sprengstart MC stopping at the famous Moose (Elk) stainless steel statue midway between Oslo and Trondheim, at Stor-Elvdal in Norway. There has been a dispute between Norway and Canada as to who has the tallest moose statue, but as of today the Norwegian moose is 30cm higher than the Canadian at 13meters! The Canadians threaten to fight back and build theirs higher! Hmmm.
Posted by Rider 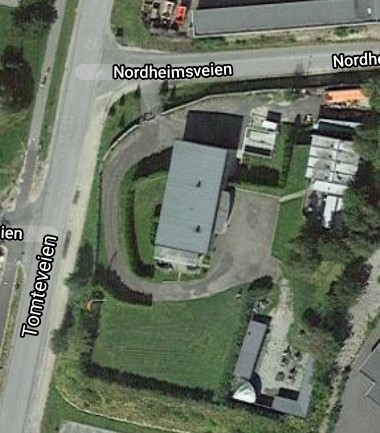 The aim of this mainly photo Blog, is to show the diversity in Chopper Culture. Choppers, Bobbers, Bike builders, Great People, and also a little fun.
This is Chopper Culture from all over the World.... Some of the photos are ours and some are not. We do try to give credit to owners of photos that are not ours.
If you own the copyright to any photos and want them removed, just let us know and we will remove them. No problem. mail(at)chopperculture.no 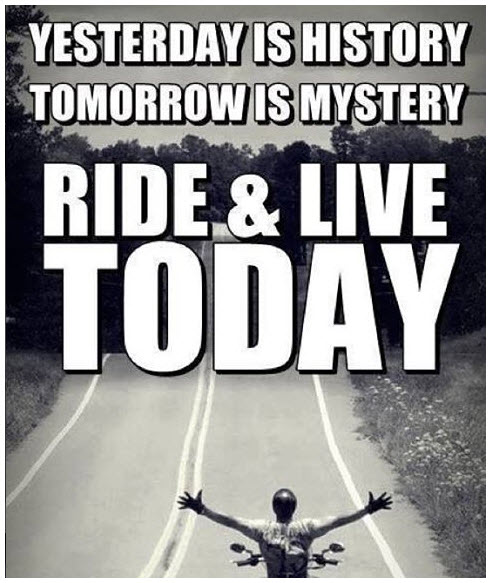